As the trucks drove, they were met with cheering Canadians.

The media started by ignoring the protests and then moved to outright lies. The press covered the convoy with headlines such as “Truckers protest bad road conditions.”

The prime minister ignored the protest and called them a tiny fringe minority.

As the truckers arrived in Ottawa, it became clear it was not small. The truckers settled in, prepared for an extended stay. They ensured that while roads were blocked, there was always a lane open for emergency vehicles. Police were always respected.

The local shops were open, and protestors respected the business. A local restaurant made a Facebook post about truckers cleaning her bathrooms for her and mopping the floors.

The protestors made sure all garbage was picked up every evening, and they shoveled snow from sidewalks. No business was vandalized, no windows were boarded up, no one was hurt. One man in a full mask with goggles walked around with a Nazi flag. He had his photographer who followed him and took pictures shown on the local news.

This was the only man in the protest wearing a mask.

The police then confiscated the driver’s gasoline and arrested anyone caught bringing gasoline to the driver.

Still, the protest continued. Bouncy castles for the children, Hot Tubs, Saunas, and free food all weekends made for a happy party atmosphere. As hard as the Prime Minister tried, he could not bait the protestors into violent behavior. The truck drivers continued to be an excellent example of what a peaceful protest was supposed to look like.

In the act of desperation, Prime Minister Trudeau declared he was invoking the Emergency Measures Act, formally known as the war measures act.

This has been declared in Canada three times in our history. World War One, World War Two, and terrorist attacks in the 70s.

This act was used in history to take away the rights of citizens. In World War I, the rights of citizens with European heritage were taken away, and in World War II, the act included putting Japanese families into internment camps. In the 70s, it was Trudeau’s father who declared the emergency. A French terrorist group (the FLQ) kidnapped two government officials, a British diplomat named James Cross and a Canadian politician named Pierre Laporte. Laporte was murdered, and Cross was held captive for over two months before being freed. While it was a very series situation, the War Measures Act meant people who had nothing to do with the crime were arrested and held in prison without contacting anyone to tell them where they were. It was a terrifying time for anyone who supported the movement that wanted Quebec to be independent. People would disappear, and families would not know what happened to them.

In May 1981, the War Measure Act was ended, and the emergency measures act was put in its place. Looking back at our Canadian history, we can see the War Measures Act was a mistake. The new Emergency Measures Act requires a higher threshold to be declared an emergency and gives the government a chance to vote to oppose it.

What does this declaration of emergency mean for the truck drivers?

This is being imposed on anyone who contributed in any way to the protest. A hacker released the donner list of anyone who donated to the cause through the online platform GiveSendGo. The Prime Minister has encouraged the banks to freeze the funds of anyone they suspect of contributing to the cause. They don’t have to show proof of donation.

In an interview, the government went father and declared they would freeze the bank accounts of anyone who showed support of the American President Donald Trump.

Monday night, five of the leading Canadian banks crashed. It is not confirmed why the banks went offline. This was suspected due to so many people pulling their cash out of the banks.

Continue to pray for us here in Canada. We know that if God is for us, who can be against us.

God is working and doing beautiful things at the protest. A few of the pastors who have refused to close their churches have been open-air preaching on the streets of Ottawa. People are coming to Christ and being baptized right there in the middle of the protest. One truck driver made a Facebook post saying he was returning to Alberta because his family needed him. But he was producing a different man; he had found Jesus Christ and was excited to lead his family now as a Christian man. 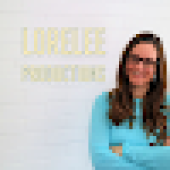